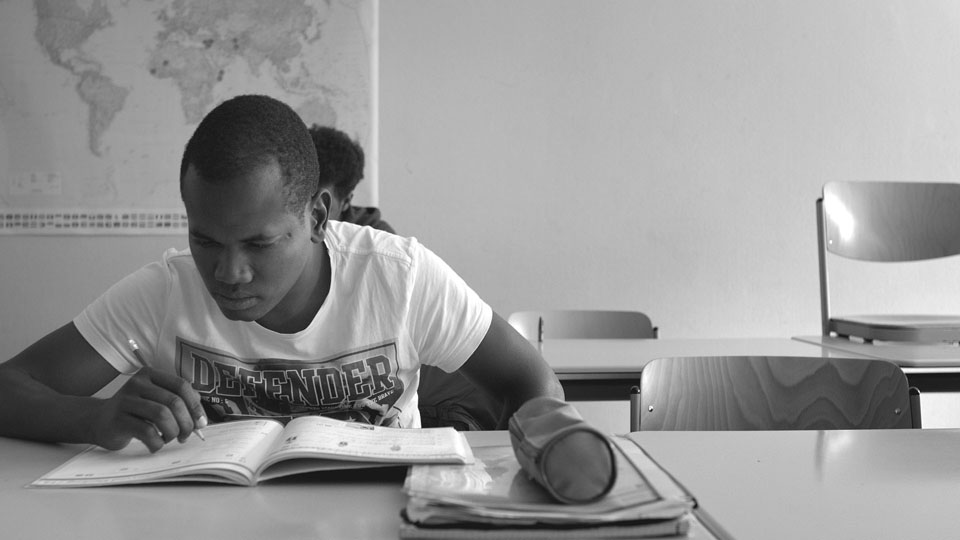 At first glance, “Distant Sons” is a very poetic title for a film that deals with the situation of underage refugees. Or is the director trying to give us a hint about his narrative decision to not seek any superficial proximity to his protagonists but work with a certain distance instead? In other words: he establishes an independent visual level between the young people’s reports and the viewer … 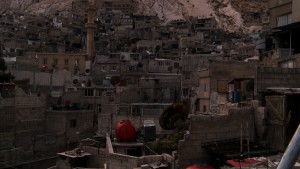 This year’s “Visions du Réel”, one of the most important European documentary film festivals, was marked by a strikingly strong presence of German films. In addition to Sebastian Mez’s work Ein Brief aus Deutschland (A Letter from Germany), which was awarded by the jury, Andres Rump was awarded a mention of the “Prix du Jury interreligieux” for Scheich Ibrahim, Bruder Jihad (Sheikh Ibrahim, Brother Jihad). This work, shown here in its international premiere, portrays the friendship of two men, which actually live worlds apart. One lives isolated and without electricity in a secluded Catholic monastery in the hills of the Syrian desert, the other as Sufi sheikh heading a mosque in Damascus, sufficiently occupied by the daily demands of his religious community. The mutual appreciation of these men, about whose genesis we unfortunately know little, makes this encounter between the denominations possible, important enough in times of recurring medieval religious wars.

Rump by no means ignores the difficulties with which especially high dignitaries are confronted when travelling to “inappropriate” places. But Ihrahim and Jihad are fortunately too insignificant to be subject to too strict regulations. In anecdotes they even joke about the inconsistencies of their own religions, like the accumulation of worldly wealth in the hands of religious leaders.

Rump’s film is as much a search for the reasons and origins of private religiosity as it is a search for evidence of the communicability of faith. His method of working is discreet, he asks neither for too private nor personal statements, he simply limits himself to observing this extraordinary friendship. … 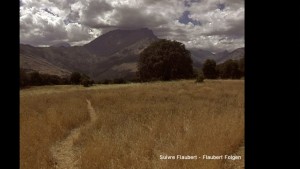 “The house, it still stands, and the three bays seem exactly as they did 170 years ago. A landscape that has hardly changed since then, people who are truly descendants of their ancestors. Following in the footsteps of the writer Gustav Flaubert and in the words of the poet, Andres Rump finds the yesterday in the today, the today in the yesterday and the poetry of silence and slowness that a conventionally made film would not have opened up to us in this way. The Querdenkerpreis 2010 goes to: Suivre Flaubert, Flaubert folgen (Following Flaubert) – we were happy to follow him.” 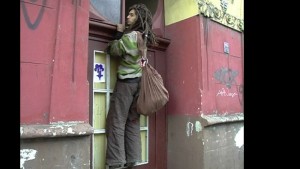 by Bernd Schäfer: Containering in the Nordstadt (Containern in der Nordstadt),
taz, November 30, 2004:

“A portrait of young people who refrain from consumption {…} Part of their life is “containering”, they search the dustbins of the throwaway society.

As {…} Rump explains, this is not always out of necessity. The protagonist Daniel simply refuses to spend money. His role model is writer Michael Holzach, who became famous in the 1980s with his dropout report, “Germany for free – on foot and without money through a country of prosperity”. Holzach died tragically in 1983 while trying to rescue his dog from the Emscher river.”