“Ferne Söhne (Distant Sons)” (2016), 88′ min. Six young refugees in Aachen (Germany) float between worlds: on the one hand memories of their distant families and traumatic experiences, on the other hand their everyday life in Germany. The camera shows their “new” life in calm b/w pictures. Through their stories, the viewer is immersed in their complex inner life. The film lets the viewer join in the hope for their future.
► World premiere Dok Leipzig (German Competition) 2016
► Documentary film festival “Dok.Fest”, Kassel (Germany) 2016
► Film festival “Blicke aus dem Ruhrgebiet”, (Germany) 2016

“Al Qaryatayn – Syrien vor dem Krieg (Al Qaryatayn – Syria Before the War)” (2010/15), 38′ min. Observations from the everyday life of Christian and Muslim Bedouin families in the oasis settlement Al Qaryatayn. At the time of shooting in 2010, their herds could still graze undisturbed. In August 2015 Al Qaryatayn was conquered by the IS and hundreds of people were abducted. A film in collaboration with Erik Wittbusch.
► Film Festival “Blicke aus dem Ruhrgebiet”, Bochum (Germany) 2015

“Al Hadr – Die Gegenwart (Al Hadr – The Present)” (2010/13), 27′ min. One shot in the Derga, the common room of a mosque, in Damascus. The room slowly fills with believers. They sit down on the floor opposite each other and have a communal meal.
► Award at the film festival “Blicke aus dem Ruhrgebiet”, (Germany) 2013

“Scheich Ibrahim, Bruder Jihad (Sheikh Ibrahim, Brother Jihad)” (2010), 83′ min. Two lives committed to religion in the age of the Western religious crisis, and a commitment to tolerance: In Damascus the Sufi Sheikh Ibrahim calls to prayer in the mosque – in the mountains of the Syrian desert Brother Jihad reads the morning mass in the monastery Deir Mar Musa. Without comment, the film tells of the life and the bond between the two protagonists.
(Festival selection)
► Documentary film festival “Dok.Fest”, Kassel (Germany) 2010
► “Mention Spécial” International Competition “Visions Du Réel, Nyon”, (Switzerland) 2011
► Award at the film festival “Blicke aus dem Ruhrgebiet”, (Germany) 2011

“Suivre Flaubert / (Follow Flaubert)” (2006-10), 75′ min, documentary/ essay film. Historical black and white photographs, camera obscura photographs and film footage accompanied by diary entries of Gustave Flaubert’s “Journey through Corsica”. Impressions of the past and their traces in the present of the island may converge.
► Presentation in Corsica on the occasion of the “Journée Européennes du Patrimoine 2010“ (France)
► Award at the film festival “Blicke aus dem Ruhrgebiet”, Bochum (Germany) 2010

“Il Presente – Maréttimo” (2005), 17′ min, documentary film – Super 8 shots and Polaroid photographs. The Italian island of Maréttimo, beyond Sicily, in winter 2005. The 80-year-old fisherman Giuseppe tells of his life on the island, images and narrative meander between reality and the suggestion of a bygone era.
► Documentary film festival “Dok.Fest”, Kassel (Germany) 2006 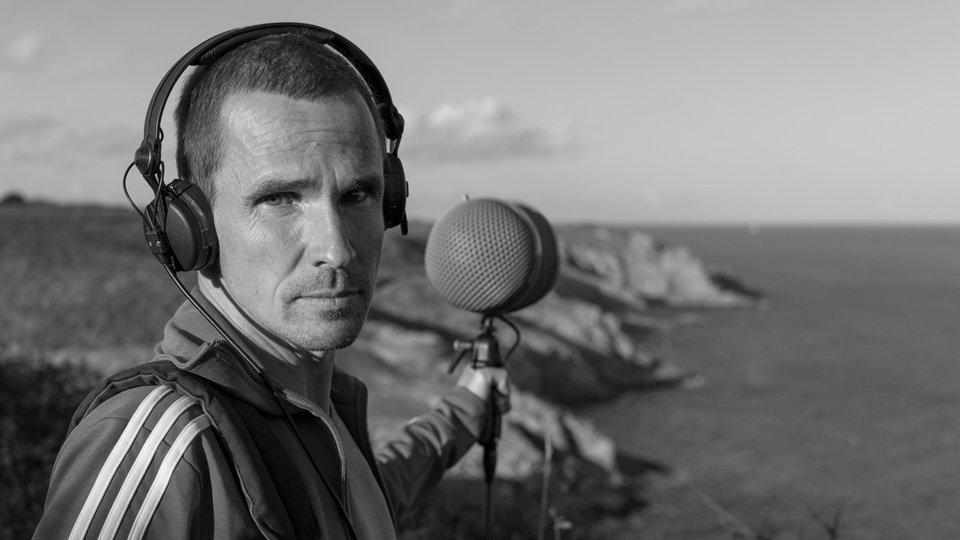 ABOUT THE FILMS OF ANDRES RUMP

The island in the film “Maréttimo” is purple and brown. Fluorescent tubes, sparse light bulbs, give yellow light. Scattered Polaroid shots light up between the dusky film sequences, blurred as they are they appear all the more intense in their colours. The dim and the blurriness shift these images to the level of inner images, like images of memory. The trip to the island is a journey into the remote, it is a journey through time, not into the past, but into a time in between. The time structure of the island of the old fishermen has not yet passed, but it threatens to pass. This makes their time so much more present than our always same, fast-paced present. Andres Rump’s shots are concentrated, hardly a pan, no hecticness, the filmic shots seem like photographs, only the objects are moving in the wind.

In “Suivre Flaubert” one encounters this same slowing of the gaze, which leads from seeing to perception. The story of the writer and the filmmaker overlap. The journey away from everyday life, the unaccustomed impressions demand greater attention. Flaubert set out to learn to live. For him, the journey to the Mediterranean island was like a return to a world he knew only from stories. A pre-industrial and pre-tourist life. It was not an old world, it is a living parallel world, which today is only lived by the old. For several years Andres Rump has been visiting the inhabitants of the Corsican village of Vallica. The old farmer Thibault passes on his knowledge of nature and of living with it while roaming around. The journey that the film shows is, like Flaubert’s text, a journey that lets the land be experienced, that gets involved in the lives of the people. The camera obscura shots, which require a long exposure time, the fading in of still images, also force us to look at the images in a way we are no longer used to. The film does not serve the effective transmission of information, it conveys a perception of the world. This is why in Andres Rump’s films the camera is not exploring locations, but places that are not already overlaid by used-up images. The filmmaker devotes a lot of time to the places before the films are made. One can feel how close the fisherman is to the element of the sea, even if the camera doesn’t show it; one can feel the weight of the net as it is pulled out of the water; one can feel that it has become lighter in recent years. The sea feeds the fishermen, whose lives are shaped every day by the island, its rocks, its light, the cube houses, the colourful boats. In Vallica, old Thibault roams the dry grass, climbs over walls and hillsides with an ease that only someone can achieve who has felt this environment with his feet all his life. Can film images store such a feeling?

Perhaps Andres Rump succeeds in conveying these impressions because he has developed (in his involvement with architecture) a special feeling for the body’s surroundings and for materials, for spatial atmospheres. This feeling is also the basis for the intensity of the encounter with the Sufi and the monk, who are both in their own way searching for the essence of the world, whose affection for the world is reflected in their respect for each other’s religion.
At the end of the film “Bruder Jihad – Scheich Ibrahim (Brother Jihad – Sheikh Ibrahim)” the monk sits in front of his rock cave on the edge of the Syrian desert. Lighting a small fire under a jug, he gradually wraps himself deeper into his blanket, the light turns blue, and he begins to talk about his feelings, about his search for a strong, deep awareness.